Cover
Introduction
Key Civics and Government Concepts
Defining Critical Media Literacy
Critical Media Literacy Guides
Topic 1. Foundations of the United States Political System
1.1 Social Media Policies and Community Standards on YouTube, Twitter, TikTok and More
1.2 The Internet as a Public Utility
1.3  21st Century Women STEM Innovators
1.4 Media Coverage of Kings, Queens, and Royal Families
1.5 Representations of Native Americans in Films, Local History Publications, and School Mascots
Topic 2. The Development of United States Government
2.1 Declarations of Independence on Social Media
2.2 Media Marketing and Government Regulation of Self-Driving Cars and Electric Vehicles
2.3 Representations of and Racism Toward Black Americans in the Media
2.4 Political Debates Through Songs from Hamilton: An American Musical
2.5 Bill of Rights on Twitter
Topic 3. Institutions of United States Government
3.1: Hollywood Movies About the Branches of Government
3.2: Writing an Impeachment Press Release
3.3: Members of Congress' Use of Social Media
3.4: Political Impacts of Public Opinion Polls
3.5: Website Design for New Political Parties
Topic 4. The Rights and Responsibilities of Citizens
4.1: Immigration in the News
4.2: Portrayals of Immigrants in Television and Film
4.3: COVID-19 Information Evaluation
4.4: Women Political Leaders in the Media
4.5: Online Messaging by Special Interest Groups
4.6: Digital Games for Civic Engagement
4.7: Social Media and the Elections
4.8: Images of Political Leaders and Political Power
4.9: Media Spin in the Coverage of Political Debates
4.10: Celebrities' Influence on Politics
4.11: Political Activism Through Social Media
4.12: Media Recruitment of Public Sector Workers
4.13 Deciding What Books Students Read in School
4.14: Images of Teachers and Teaching
4.15: For Whom Is and Could Your School Be Named
4.16: Representing Trans Identities
4.17: Media Framing of the Events of January 6, 2021
4.18: Music as Protest Art
4.19: PACs, Super PACs, and Unions in the Media
4.20 Brands and Politics
Topic 5. The Constitution, Amendments, and Supreme Court Decisions
5.1: Prohibition in the Media
5.2: The Equal Rights Amendment on Twitter and Other Social Media
5.3: Civil War Era News Stories and Recruitment Advertisements
5.4: Representations of Gender and Race on U.S. Currency
5.5: The Equality Act on Twitter
5.6: Reading Supreme Court Dissents Aloud
5.7: Television Cameras in Courtrooms
Topic 6. The Structure of State and Local Government
6.1: Native American Mascots and Logos
6.2: A Constitution for the Internet
6.3: Military Recruitment and the Media
6.4: Your Privacy on Social Media
6.5: Pandemic Policy Information in the Media
6.6: Gendered Language in Media Coverage of Women in Politics
6.7: Gender-Neutral Marketing of Toys
6.8: Environmental Campaigns Using Social Media
6.9: Trusted Messengers, the Media, and the Pandemic
6.10: Online Campaigning for Political Office
6.11: Advertising the Lottery Online and In Print
6.12: Local Governments, Social Media and Digital Democracy
6.13: Protecting the Commons
Topic 7. Freedom of the Press and News/Media Literacy
7.1: Press Freedom in the United States and the World
7.2: Objectivity and Reporting the News from All Sides
7.3: Investigative Journalism and Social Change
7.4: News Photographs & Newspaper Design
7.5: How Reporters Report Events
7.6: Recommendation Algorithms on Social Media Platforms
7.7: YouTube Content Creators
7.8: Fake News Investigation and Evaluation
7.9: Paywalls and Access to Online News
7.10: Critical Visual Analysis of Online and Print Media
7.11: Memes and TikToks as Political Cartoons
7.12: Women Reporters in the Movies
7.13: Design a 21st Century Indie Bookstore
7.14: Greenwashing and the Media
7.15: AI Writing Tools and Political Information

3.1: Hollywood Movies About the Branches of Government

Hollywood movies about U.S. political history tell viewers as much about the times in which the films were made as the historical stories shown on the screen. Dr. Strangelove (1964) expresses fears of nuclear war during the Cold War. All the President's Men (1976) shows courageous reporters uncovering government scandals and secrets. Rambo (1982) extolls the power of American heroes in the post-Vietnam War era. Malcolm X (1992) reflected a growing awareness of the need for racial and social justice in society. 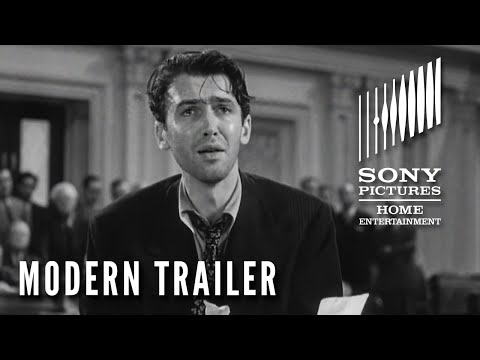 In these activities, you will critically evaluate how political films portray the roles of each branch of the government and then design a movie trailer for your own political film.

Activity 1: Analyze Political Films About the Branches of the Government

Analyze Political Films About the Branches of the Government - Movie Poster

Activity 2: Design a Movie Trailer for Your own Political Film

Connecting to the Building Democracy for All eBook

Building Democracy for All:  Federalism and the Branches of the Government