CoverMedia Literacy Activities for Key Civics ConceptsDefining Critical Media Literacy1. Foundations of the United States Political SystemDemocracy in Social Media Policies and Community StandardsThe Internet as a Public Utility21st Century Women STEM InnovatorsMedia Coverage of Kings, Queens, and Royal FamiliesRepresentations of Native Americans in Film, Local History Publications, and School Mascots2. The Development of United States GovernmentDeclarations of Independence on Social MediaMedia Marketing and Government Regulating of Self-Driving Cars and Electric VehiclesRepresentations of and Racism Toward Black Americans in the MediaPolitical Debates Through Songs from Hamilton: An American MusicalBill of Rights on Twitter3. Institutions of United States GovernmentHollywood Movies About the Branches of GovernmentWriting an Impeachment Press ReleaseMembers of Congress' Use of Social MediaPolitical Impacts of Public Opinion PollsWebsite Design for New Political Parties4. The Rights and Responsibilities of CitizensImmigration in the NewsPortrayals of Immigrants in Television and FilmCOVID-19 Information EvaluationWomen Political Leaders in the MediaOnline Messaging by Special Interest GroupsDigital Games for Civic EngagementSocial Media and the ElectionsMedia Spin in the Coverage of Political DebatesCelebrities' Influence on PoliticsPolitical Activism Through Social MediaMedia Recruitment of Public Sector WorkersImages of Teachers and TeachingRepresenting Trans IdentitiesMedia Framing of the Events of January 6, 2021Music as Protest ArtPACs, Super PACs, and Unions in the Media5. The Constitution, Amendments and Supreme Court DecisionsProhibition in the MediaThe Equal Rights Amendment on Twitter and Other Social MediaCivil War News Stories and Recruitment AdvertisementsRepresentations of Gender and Race on CurrencyThe Equality Act on TwitterReading Supreme Court Dissents AloudTelevision Cameras in Courtrooms6. The Structure of State and Local GovernmentNative American Mascots and LogosA Constitution for the InternetMilitary Recruitment and the MediaYour Privacy on Social MediaPandemic Policy Information in the MediaGendered Language in Media Coverage of Women in PoliticsEnvironmental Campaigns Using Social MediaTrusted Messengers, the Media, and the PandemicOnline Campaigning for Political OfficeAdvertising the Lottery Online and In PrintLocal Governments, Social Media and Digital Democracy7. Freedom of the Press and News/Media LiteracyPress Freedom in the United States and the WorldObjectivity and the News from All SidesInvestigative Journalism and Social ChangeNews Photographs & Newspaper DesignHow Reporters Report EventsRecommendation Algorithms on Social Media PlatformsFake News Investigation and EvaluationCritical Visual Analysis of Online and Print MediaMemes and TikToks as Political Cartoons

Music has been at the center of expressing protest and speaking out against social injustice from the American Revolutionary era to the Black Lives Matter protests in the summer of 2020.

"Yankee Doodle" is widely regarded as the first American protest song, though it was originally written by British soldiers to mock the Americans and then adopted by the colonists as a rallying song for revolution.

"Free America" was another one of the first protest songs. It was composed by Joseph Warren, the man who enlisted Paul Revere and William Dawes to spread the alarm that the British were coming on April 18, 1775. 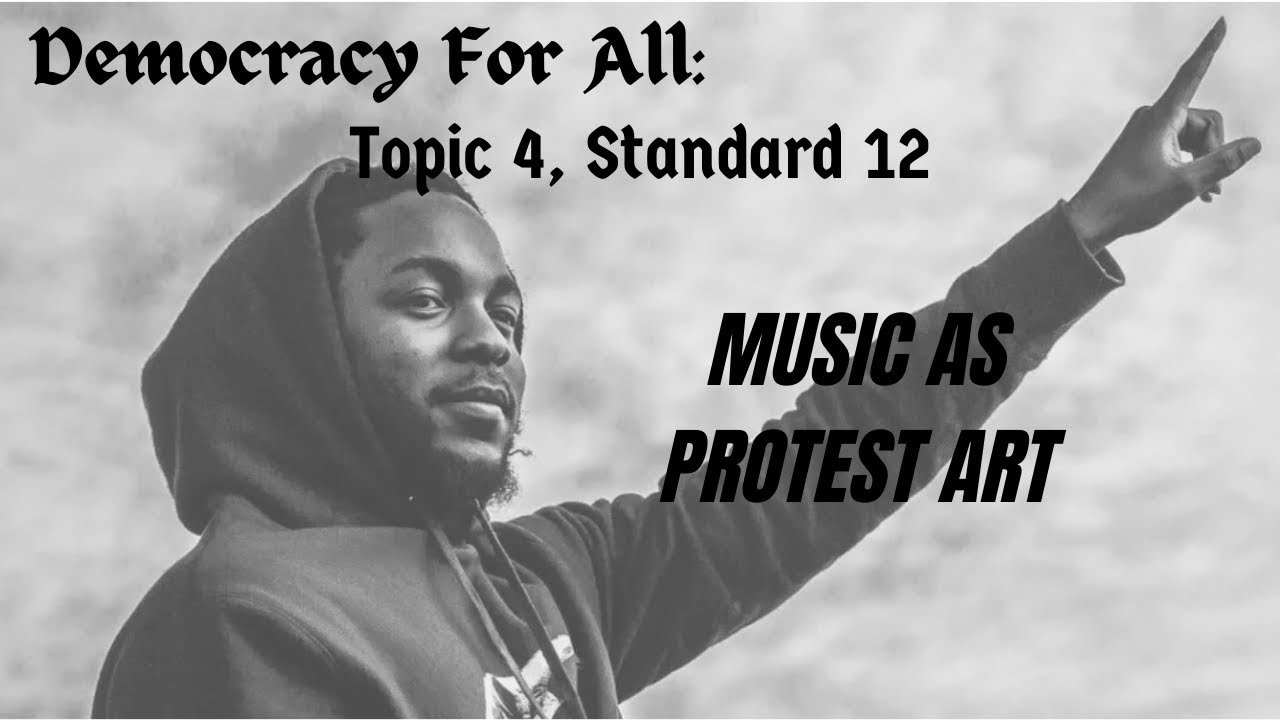 Protest songs are performed by singers who bring the music and its message to the people. A Jewish poet, Abel Meeropol (pseudonym Lewis Allen), wrote the song "Strange Fruit," which was sung by Billie Holiday to close her concerts (Blues as Protest, Library of Congress). Woody Guthrie, born in Oklahoma in 1912, became a voice for ordinary people after traveling the country during the economic hard times of the Great Depression. His ballad "This Land Is Your Land" is one of 3000 songs he wrote during his lifetime.

In the current era, Black artists are speaking aggressively against White racism through music.

In these activities, you will remix lyrics from famous protest songs in U.S. history to create your own protest piece related to an issue you care about deeply. Then, you will analyze a political protest song and explore how it is used in social media today.

Activity 1: Remix Lyrics into Your Own Protest Song

Building Democracy for All: The Role of Political Protest