CoverMedia Literacy Activities for Key Civics ConceptsDefining Critical Media Literacy1. Foundations of the United States Political SystemDemocracy in Social Media Policies and Community StandardsThe Internet as a Public Utility21st Century Women STEM InnovatorsMedia Coverage of Kings, Queens, and Royal FamiliesRepresentations of Native Americans in Film, Local History Publications, and School Mascots2. The Development of United States GovernmentDeclarations of Independence on Social MediaMedia Marketing and Government Regulating of Self-Driving Cars and Electric VehiclesRepresentations of and Racism Toward Black Americans in the MediaPolitical Debates Through Songs from Hamilton: An American MusicalBill of Rights on Twitter3. Institutions of United States GovernmentHollywood Movies About the Branches of GovernmentWriting an Impeachment Press ReleaseMembers of Congress' Use of Social MediaPolitical Impacts of Public Opinion PollsWebsite Design for New Political Parties4. The Rights and Responsibilities of CitizensImmigration in the NewsPortrayals of Immigrants in Television and FilmCOVID-19 Information EvaluationWomen Political Leaders in the MediaOnline Messaging by Special Interest GroupsDigital Games for Civic EngagementSocial Media and the ElectionsMedia Spin in the Coverage of Political DebatesCelebrities' Influence on PoliticsPolitical Activism Through Social MediaMedia Recruitment of Public Sector WorkersImages of Teachers and TeachingRepresenting Trans IdentitiesMedia Framing of the Events of January 6, 2021Music as Protest ArtPACs, Super PACs, and Unions in the Media5. The Constitution, Amendments and Supreme Court DecisionsProhibition in the MediaThe Equal Rights Amendment on Twitter and Other Social MediaCivil War News Stories and Recruitment AdvertisementsRepresentations of Gender and Race on CurrencyThe Equality Act on TwitterReading Supreme Court Dissents AloudTelevision Cameras in Courtrooms6. The Structure of State and Local GovernmentNative American Mascots and LogosA Constitution for the InternetMilitary Recruitment and the MediaYour Privacy on Social MediaPandemic Policy Information in the MediaGendered Language in Media Coverage of Women in PoliticsEnvironmental Campaigns Using Social MediaTrusted Messengers, the Media, and the PandemicOnline Campaigning for Political OfficeAdvertising the Lottery Online and In PrintLocal Governments, Social Media and Digital Democracy7. Freedom of the Press and News/Media LiteracyPress Freedom in the United States and the WorldObjectivity and the News from All SidesInvestigative Journalism and Social ChangeNews Photographs & Newspaper DesignHow Reporters Report EventsRecommendation Algorithms on Social Media PlatformsFake News Investigation and EvaluationCritical Visual Analysis of Online and Print MediaMemes and TikToks as Political Cartoons

Monarchy (mono means one) is a system of government where a single leader -- a king or queen -- inherits political control by birth and family membership and rules for life. A royal family refers to the immediate family members surrounding a ruling monarch.

There have been kings and queens in England for more than 1,200 years. The current royal family traces its lineage back to William the Conqueror.

Elizabeth II, the longest reigning British monarch, is Queen of the 16 countries of the Commonwealth realm with a population of 150 million people. She is also head of the 54 states in the Commonwealth of Nations that comprise 20% of the world's land and almost one-third of the world's population. Not surprisingly, whatever the British royal family does generates an enormous response in print and online media. 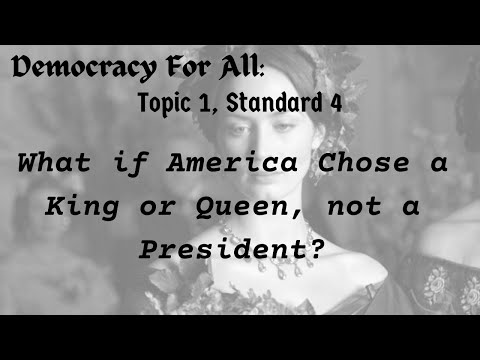 In the following activities, you will explore how the media covers and portrays influential individuals in the British and U.S. government, specifically the British royal family and United States Presidents.

In early 2021, Oprah Winfrey's much-anticipated inteview with (Prince) Harry and Meghan Markle aired on television in Great Britain and the United States, creating a huge media event. Online and print media devoted extensive coverage to stories of palace intrigue and family conflict, including revelations about racism within the royal family. The interview followed Harry's and Meghan's break with the royal family in which they voluntarily gave up their royal duties and their His/Her Highness titles.

Activity 3: Investigate Media Coverage of the Independence of Barbados

The Queen of England's role in the country of Barbados changed dramatically on November 29, 2021 when she was removed as head of state and replaced by Sandra Mason, the nation's first democratically elected woman president -- 400 hundred years after English ships first arrived there and established one of the most oppressive and brutal of England's Caribbean slave colonies.

As Barbados shifted from a constitutional monarchy to a democratic republic, how did the media cover this historic event?

Building Democracy for All: The Mayflower Compact, Colonial Governments, Who Voted in Early America, and a Rebellion Against a King