CoverIntroduction for EducatorsExpanded Table of Contents with Media Literacy ConnectionsUpdates & Latest AdditionsLearning Pathway: Black Lives MatterLearning Pathway: Influential WomenLearning Pathway: Student RightsLearning Pathway: Election 2020Learning Pathway: Current Events Learning Pathway: Critical Media LiteracyTeacher-Designed Learning PlansTopic 1. The Philosophical Foundations of the United States Political System1.1. The Government of Ancient Athens1.2. The Government of the Roman Republic1.3. Enlightenment Thinkers and Democratic Government1.4. British Influences on American Government1.5. Native American Influences on U.S. GovernmentTopic 2. The Development of the United States Government2.1. The Revolutionary Era and the Declaration of Independence2.2. The Articles of Confederation2.3. The Constitutional Convention2.4. Debates between Federalists and Anti-Federalists2.5. Articles of the Constitution and the Bill of RightsTopic 3. Institutions of United States Government3.1. Branches of the Government and the Separation of Powers3.2. Checks and Balances Between the Branches of Government3.3. The Roles of the Congress, the President, and the Courts3.4. Elections and Nominations3.5. The Role of Political PartiesTopic 4. The Rights and Responsibilities of Citizens4.1. Becoming a Citizen4.2. Rights and Responsibilities of Citizens and Non-Citizens4.3. Civic, Political, and Private Life4.4. Fundamental Principles and Values of American Political and Civic Life4.5. Voting and Citizen Participation in the Political Process4.6. Election Information4.7. Leadership and the Qualities of Political Leaders4.8. Cooperation Between Individuals and Elected Leaders4.9. Public Service as a Career4.10. Liberty in Conflict with Equality or Authority4.11. Political Courage and Those Who Affirmed or Denied Democratic Ideals4.12. The Role of Political Protest4.13. Public and Private Interest Groups, PACs, and Labor UnionsTopic 5. The Constitution, Amendments, and Supreme Court Decisions5.1. The Necessary and Proper Clause5.2. Amendments to the Constitution5.3. Constitutional Issues Related to the Civil War, Federal Power, and Individual Civil Rights5.4. Civil Rights and Equal Protection for Race, Gender, and Disability5.5. Marbury v. Madison and the Principle of Judicial Review5.6. Significant Supreme Court DecisionsTopic 6. The Structure of Massachusetts State and Local Government6.1. Functions of State and National Government6.2. United States and Massachusetts Constitutions6.3. Enumerated and Implied Powers6.4. Core Documents: The Protection of Individual Rights6.5. 10th Amendment to the Constitution6.6. Additional Provisions of the Massachusetts Constitution6.7. Responsibilities of Federal, State and Local Government6.8. Leadership Structure of the Massachusetts Government6.9. Tax-Supported Facilities and Services6.10. Components of Local GovernmentTopic 7. Freedom of the Press and News/Media Literacy7.1. Freedom of the Press7.2. Competing Information in a Free Press7.3. Writing the News: Different Formats and Their Functions7.4. Digital News and Social Media7.5. Evaluating Print and Online Media7.6. Analyzing Editorials, Editorial Cartoons, or Op-Ed CommentariesGlossaryIndex of Terms
4.2

Rights and Responsibilities of Citizens and Non-Citizens

Standard 4.2: Rights and Responsibilities of Citizens and Non-Citizens

Describe the rights and responsibilities of citizens as compared to non-citizens. (Massachusetts Curriculum Framework for History and Social Studies) [8.T4.2]

FOCUS QUESTION: What Are the Rights and Responsibilities of United States Citizens and Non-Citizens?

The Bill of Rights (the Constitution’s first 10 amendments) and civil rights laws set forth the rights (protections under the law) of Americans. As summarized by the ACLU (American Civil Liberties Union, 2022) you have specific rights:

But those rights come with responsibilities (obligations that citizens are expected to perform) such as paying taxes, serving on a jury when called, defending the country, and participating in the democratic process. Exercising one’s rights and fulfilling one’s responsibilities are the features of active and engaged citizenship in this country.

Non-citizens also have rights and responsibilities as members of American society, but their situations are complicated by legal rules and political pressures.

What are the rights of citizens and non-citizens? The modules for this standard explore that question by outlining specific rights and responsibilities, examining the internment of Japanese Americans during World War II, and considering whether Fred Korematsu or other individuals who fought for civil rights and civil liberties should have a national day of recognition.

1.INVESTIGATE: Rights of Citizens and Non-Citizens

93% of the people living in the United States are citizens; 7% are non-citizens (Kaiser Family Foundation, 2020). One recent estimate puts the number of non-citizens at 22.6 million (CAP Immigration Team & Nicolson, 2017).

The rights of individuals under the Constitution apply to citizens and non-citizens alike.

Non-citizens, no matter what their immigration status, generally have the same rights as citizens when law enforcement officers stop, question, arrest, or search them or their homes. Since the Constitution uses the term "people" or "person" rather than "citizen," many of the "basic rights, such as the freedom of religion and speech, the right to due process and equal protection under the law apply to citizens and noncitizens. How those rights play out in practice is more complex" (Frazee, 2018, para. 6-7). Learn more: Citizenship Rights and Responsibilities & Constitutional Rights of Non-Citizens.

Media Literacy Connections: Portrayals of Immigrants in Television and Film

Portrayals of immigrants and the immigrant experience are frequent themes in television and film.

A portrayal is how an individual or group is presented in media, but such representations may or may not be factually accurate. Sometimes these representations offer an idealized view of the immigrant experience. While the Statue of Liberty portrays a nation welcoming newcomers, the reality is that the United States was and is not a land of opportunity for many who come here.

In other instances, immigrants may be presented in harmfully stereotypical terms, often as criminals or threats. In the report Change the Narrative, Change the World: How Immigrant Representation on Television Moves Audiences to Action, researchers from the University of Southern California found viewers who saw programs with more inclusive immigration storylines had more welcoming, supportive attitudes toward immigrants than those who did not. 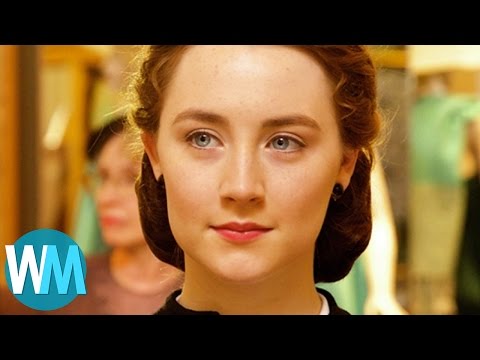 *This activity is designed to demonstrate that the rights guaranteed to all Americans as citizens are not universal for all people (even legal immigrants to the country). It ask students to think critically and creatively about what rights all people should have. It is based on a learning plan developed by University of Massachusetts Amherst teaching interns Conor Morrissey and Connor Frechette-McCall in Fall 2019.

Online Resources for the Rights of Citizens and Non-citizens

The Page Act of 1875, 1882 Chinese Exclusion Act and the Internment of Japanese Americans during World War II are examples of deeply rooted anti-Asian racism in United States history.

The Chinese Exclusion Act established a 10 year ban on Chinese laborers coming to the United States, making it the first significant federal law restricting immigration to the country. It was made permanent in 1903 and was not officially condemned by Congress till 2011. Here is a detailed summary of the Act from the National Archives.

Learn more about the Exclusion Act from this video posted on the History of Racial Injustice Calendar.

While the Chinese Exclusion Act dramatically altered immigration policies, an earlier law, the Page Act of 1875, effectively restricted Chinese women from coming to the United States. As University of Massachusetts history major Bri Hastry noted, the Page Act revealed "discrimination as well as the stereotyping of Asian women as being a sexual threat and being involved in prostitution. This skewed gender ratios of Asians in the US and paved the way for other discriminatory immigration acts" while showing the double complexities of being a woman and a racial minority in the American society of the time.

The Internment of Japanese Americans

Following the December 7, 1941 Japanese attack on Pearl Harbor, President Franklin D. Roosevelt issued Executive Order 9066 which mandated moving 120,000 Japanese-Americans from their homes to one of 10 internment camps in the western part of the United States. Most of the people relocated were U.S. citizens or legal permanent resident aliens.

The internment camps, officially called "relocation centers," were located in California, Idaho, Utah, Arizona, Wyoming, Colorado, and Arkansas. Over 50% of those interned were children. To learn about the camps, view Building History 3.0: An Interactive Explorations of the Japanese American Incarceration in Minecraft.

Constitutional safeguards given to United States citizens were ignored or bypassed in the name of national defense. People were detained for up to four years, without due process of law or any factual basis, and forced to live in remote camps behind barbed wire and under the surveillance of armed guards. 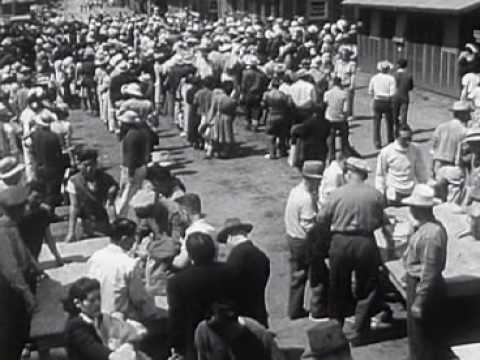 Actor George Takei, of Star Trek, and his family were imprisoned in Rohwer, Arkansas, as documented in his autobiography To The Stars (1995). Takei and three co-writers have since collaborated on They Called Us Enemy, a graphic memoir about his experiences in the camp (2019).

In 1944, two years after signing Executive Order 9066, President Roosevelt revoked the order. The last internment camp was closed by the end of 1945.  There was no official apology from the United States government until passage of The Civil Liberties Act of 1988. In 1991, President George H. W. Bush wrote a letter of apology to each surviving internment camp member who also received a $20,000 check from the government (Letter from President George Bush to Japanese Internees).

Largely forgotten today were the experiences of Japanese-American soldiers who fought for the United States in western Europe. Many of these soldiers were Nisei (American-born children of Japanese immigrants), and former members of the Hawaii National Guard. They experienced the contradiction of fighting to liberate Europe and close down German concentration camps while other Japanese-Americans were interned in camps at home. Learn more about the hidden history of Japanese-American Soldiers in World War II from the website Re-Imagining Migration.

3. ENGAGE: Should Individuals Who Fought for Civil Rights and Civil Liberties Have a National Day of Recognition?

In 1942, a 23-year-old Japanese American named Fred Korematsu refused an order to move to one of the government’s wartime internment camps. He was arrested, convicted, and jailed for his actions. Along with two other resistors, he appealed his case to the Supreme Court which upheld his conviction. That conviction was eventually overturned in 1983.

To honor his fight for civil rights and civil liberties, Fred Korematsu Day was enacted in California in 2010. It was the first state-wide day in the United States to be named after an Asian American. Hawaii, Virginia, and Florida have since passed laws honoring Fred Korematsu to perpetuity. Learn more at It's Fred Korematsu Day: Celebrating a Foe of U.S. Internment Camps, and Honoring a Japanese-American Who Fought Against Internment Camps.

Deciding to honor someone for their historical efforts has large political implications in the United States today. Despite its racist history, there are states and communities that continue to celebrate the Confederacy and Confederate war heroes with days of recognition (Southern Poverty Law Center, 2019). At the same time, there are individuals and groups who fought for civil rights and civil liberties but who remain neglected or omitted from history books and state-level history curriculum frameworks.

Students can be effective advocates for honoring those who fought for civil rights and civil liberties. In the early 1980s, students from Oakland Tech High School class of 1981 - "The Apollos" - engaged in a four-year campaign to get the state of California to establish a day honoring Dr. Martin Luther King, Jr. Their efforts were successful when California became the fourth state to have a MLK Day (the national holiday was established in 1986). In 2109, students at the school wrote and performed a play about the efforts of the Apollos (California High School Students Who Lobbied for State MLK Holiday Honored in Oakland Tech Play).

Who would you nominate for a State or National Day of Recognition for efforts to achieve civil rights and civil liberties?

In the United States, every citizen has rights and responsibilities as a member of a democratic society. Non-citizens have rights too, although they differ from those of citizens. INVESTIGATE explored the specific rights of citizens and non-citizens. UNCOVER focused on the suspension of citizenship rights during the internment of Japanese Americans during World War II. ENGAGE asked whether days of recognition should be given to Fred Korematsu or other women and men who fought to establish and preserve civil rights and civil liberties throughout American history.