CoverIntroduction for EducatorsExpanded Table of Contents with Media Literacy ConnectionsUpdates & Latest AdditionsLearning Pathway: Black Lives MatterLearning Pathway: Influential WomenLearning Pathway: Student RightsLearning Pathway: Election 2020Learning Pathway: Current Events Learning Pathway: Critical Media LiteracyTeacher-Designed Learning PlansTopic 1. The Philosophical Foundations of the United States Political System1.1. The Government of Ancient Athens1.2. The Government of the Roman Republic1.3. Enlightenment Thinkers and Democratic Government1.4. British Influences on American Government1.5. Native American Influences on U.S. GovernmentTopic 2. The Development of the United States Government2.1. The Revolutionary Era and the Declaration of Independence2.2. The Articles of Confederation2.3. The Constitutional Convention2.4. Debates between Federalists and Anti-Federalists2.5. Articles of the Constitution and the Bill of RightsTopic 3. Institutions of United States Government3.1. Branches of the Government and the Separation of Powers3.2. Checks and Balances Between the Branches of Government3.3. The Roles of the Congress, the President, and the Courts3.4. Elections and Nominations3.5. The Role of Political PartiesTopic 4. The Rights and Responsibilities of Citizens4.1. Becoming a Citizen4.2. Rights and Responsibilities of Citizens and Non-Citizens4.3. Civic, Political, and Private Life4.4. Fundamental Principles and Values of American Political and Civic Life4.5. Voting and Citizen Participation in the Political Process4.6. Election Information4.7. Leadership and the Qualities of Political Leaders4.8. Cooperation Between Individuals and Elected Leaders4.9. Public Service as a Career4.10. Liberty in Conflict with Equality or Authority4.11. Political Courage and Those Who Affirmed or Denied Democratic Ideals4.12. The Role of Political Protest4.13. Public and Private Interest Groups, PACs, and Labor UnionsTopic 5. The Constitution, Amendments, and Supreme Court Decisions5.1. The Necessary and Proper Clause5.2. Amendments to the Constitution5.3. Constitutional Issues Related to the Civil War, Federal Power, and Individual Civil Rights5.4. Civil Rights and Equal Protection for Race, Gender, and Disability5.5. Marbury v. Madison and the Principle of Judicial Review5.6. Significant Supreme Court DecisionsTopic 6. The Structure of Massachusetts State and Local Government6.1. Functions of State and National Government6.2. United States and Massachusetts Constitutions6.3. Enumerated and Implied Powers6.4. Core Documents: The Protection of Individual Rights6.5. 10th Amendment to the Constitution6.6. Additional Provisions of the Massachusetts Constitution6.7. Responsibilities of Federal, State and Local Government6.8. Leadership Structure of the Massachusetts Government6.9. Tax-Supported Facilities and Services6.10. Components of Local GovernmentTopic 7. Freedom of the Press and News/Media Literacy7.1. Freedom of the Press7.2. Competing Information in a Free Press7.3. Writing the News: Different Formats and Their Functions7.4. Digital News and Social Media7.5. Evaluating Print and Online Media7.6. Analyzing Editorials, Editorial Cartoons, or Op-Ed Commentaries
4.6

FOCUS QUESTION: How do Students Access and Assess Information about Elections and Politics?

Elections are essential to democratic systems of government. They give substantive meaning to the phrase “of the people, by the people, for the people.”

Through elections, people make known their choices between candidates, policies, and political parties. Elections decide who will lead cities, towns, states, and the nation. In his “Dissertation on the First Principles of Government” (1795), the American revolutionary Thomas Paine declared that “the right of voting for representatives is the primary right by which other rights are protected” (para. 11).

To participate in elections, voters need accurate and unbiased information. Without information to critically analyze the candidates and the issues, people cannot adequately assess the differences of the candidates and issues and understand the results of these for themselves or their communities.

How can students learn to critically evaluate information related to elections so they can participate fully as voters, citizens, and engaged community members?

The modules for this standard address that question by examining the impact of persuasion, propaganda, and political language in political campaigns, the role of Presidential debates in American politics, and the question of public versus private financing of elections.

Understanding how persuasion, propaganda, and political language are used in elections and politics is essential to being an informed and engaged member of a democratic society.

The goal of propaganda is persuasion, and to fully understand the impacts of propaganda on elections in a democracy, it is important to explore how politicians and political campaigns use political language is used to motivate voters and supporters.

There are different kinds of propaganda, ranging from "selfish, deceitful, and subversive effort to honest and aboveboard promotion of things that are good" (American Historical Association, 1944, para. 5). To participate in elections and public policy debates, people must be able to separate harmful misinformation that is propaganda from fairly presented and accurate persuasive information that is meant to educate.

Manufacturers and corporations also use propaganda techniques to sell their products - sometimes through deceptive commercials and false advertisements. For many years, cigarette companies hid the harmful effects of tobacco in ads that featured smoking as a healthy and part of a fun-filled lifestyle. Political language can be used to obscure, hide, or misrepresent, rather than inform as George Orwell (1946) famously said, “Political language is designed to make lies sound truthful and murder respectable, and to give an appearance of solidity to pure wind" (as cited in New Oxford Review, 2016, para. 2).

Orwell’s novels 1984 and Animal Farm are examples of how powerful interests use information to control people and direct how they think and behave.

In Animal Farm, a group of barnyard animals revolt against their oppressive owner, a farmer named Mr. Jones. Over time, however, human-like greed causes the animals’ revolutionary society to lose its commitment to values of freedom and justice, leaving in place only one principle: “All animals are equal, but some animals are more equal than others.”

A Doublespeak Award has been given every year since 1974 by the National Council of Teachers of English as an ironic tribute to “public speakers who have perpetuated language that is grossly deceptive, evasive, euphemistic, confusing, or self-centered" (para. 3).

Twitter has become a powerful tool for political persuasion and propaganda. Looking at the first two years of the Trump Presidency (which included the Mueller Investigation into Russian interference in 2016 presidential election), researchers found that whenever a politically uncomfortable or potentially unfavorable issue appeared in the media, Trump's Twitter account responded with tweets about unrelated topics, emphasizing his strengths as President and using language that appealed to his base of voters (Lewandowsky, et.al. 2020).

Terms like "jobs," "China," and "immigration" were used to signal how his administration was creating jobs for American workers while opposing China internationally and blocking immigration domestically. This pattern of diversion was not found to be present when the media was covering topics not related to or favorable to the Trump agenda.

Interestingly, Trump himself does not write many of this tweets. In 2018, NPR reported that Dan Scavino, the President's former golf caddie from 1990 and White House social media director, is the author of much of the content on the site @realDonaldTrump. Scavino also takes dictation and then crafts the message into grammatically correct language, further evidence of how Twitter was used to convey political information.

It is estimated that 72% of U.S. voters actively use social media (Social Media Could Determine the Outcome of the 2020 Election, Forbes, October 26, 2020). Social media provides politicians with expansive new opportunities to use political language and visuals to influence voters.

In these activities you will evaluate social media campaigns for an upcoming election at the local, state, or national level, then you will design an online campaign to support your run for political office. 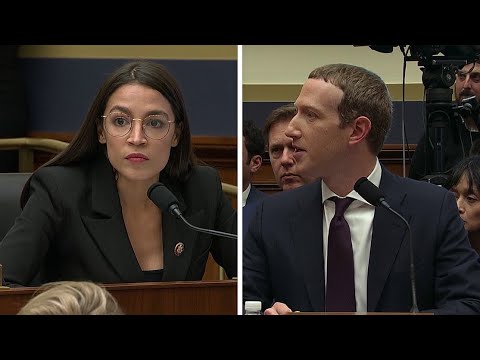 Debates are one of the major ways that candidates seek to gain the support of voters. They serve as a way for people to learn about the views and personalities of the candidates who are running in a primary or general election.

The idea of debates between candidates is famously associated with Lincoln/Douglas debates over slavery in 1858, but debate was a central feature of American politics since the Constitutional Convention. In the decades before the Civil War, candidates debated face-to-face, ordinary citizens took debating classes, and debating societies could be found in cities and small towns - although women were not allowed to debate (Lepore, 2018).

Debates by Presidential contenders is a 20th century development. In 1948, Republican Party presidential hopefuls Thomas Dewey and Harold Stassen were the first to debate one another on radio. 1960 marked the first televised Presidential debates between John F. Kennedy and Richard M. Nixon.

Following the Kennedy/Nixon debates of 1960, there were no presidential debates until 1976. The Commission on Presidential Debates was established in 1987. Since then, debates among Presidential candidates have become made-for-television, and more recently, highly anticipated social media events. Millions of people watch them live. Commentators and supporters comment online about who said what and why, making debates fascinating events for learning about how elections now happen in this country.

How much do political debates matter in terms of who gets elected? Political scientists are undecided. The general consensus is that primary debates “help voters evaluate candidates and can change minds” (FiveThirtyEight, 2019, para. 5).

Presidential debates are another matter, particularly after what happened in the 2016 election. Virtually every poll indicated that Hillary Clinton won each one of the three debates with Donald Trump, yet although she won the national popular vote, she did not receive enough electoral college votes to become President.

It may be that the way the media covers the debates and comments on them after the fact is more important than the actual debates in influencing how voters subsequently respond at the polls. In one study, based on the 2004 debate between John Kerry and George W. Bush, participants who watched the debate on CNN thought Kerry won while those who watched on NBC thought Bush won (The 2004 Presidential Debate in Tempe).

Learn more about the history of debates at the resourcesforhistoryteachers wiki page American Presidential Debates.

Political debates provide politicians with a platform to share ideas and information with their constituents and potential voters. At the presidential level, debates have become huge media events. Some 73 million people watched the first debate between Joe Biden and Donald Trump in 2020.

Leading up to, during, and after the debates, political campaigns and partisan groups try to spin the results. Spin (also called political spin) is a term for how individuals use words and images to portray what happened in ways that put themselves in the most favorable terms. Commentators, too, often spin the results of debates in partisan terms.

In these activities, you will examine how news outlets covered the 2020 Vice Presidential debate between Kamala Harris and Mike Pence, then write purposefully biased reports in which you generate political spin about the event from different political perspectives. 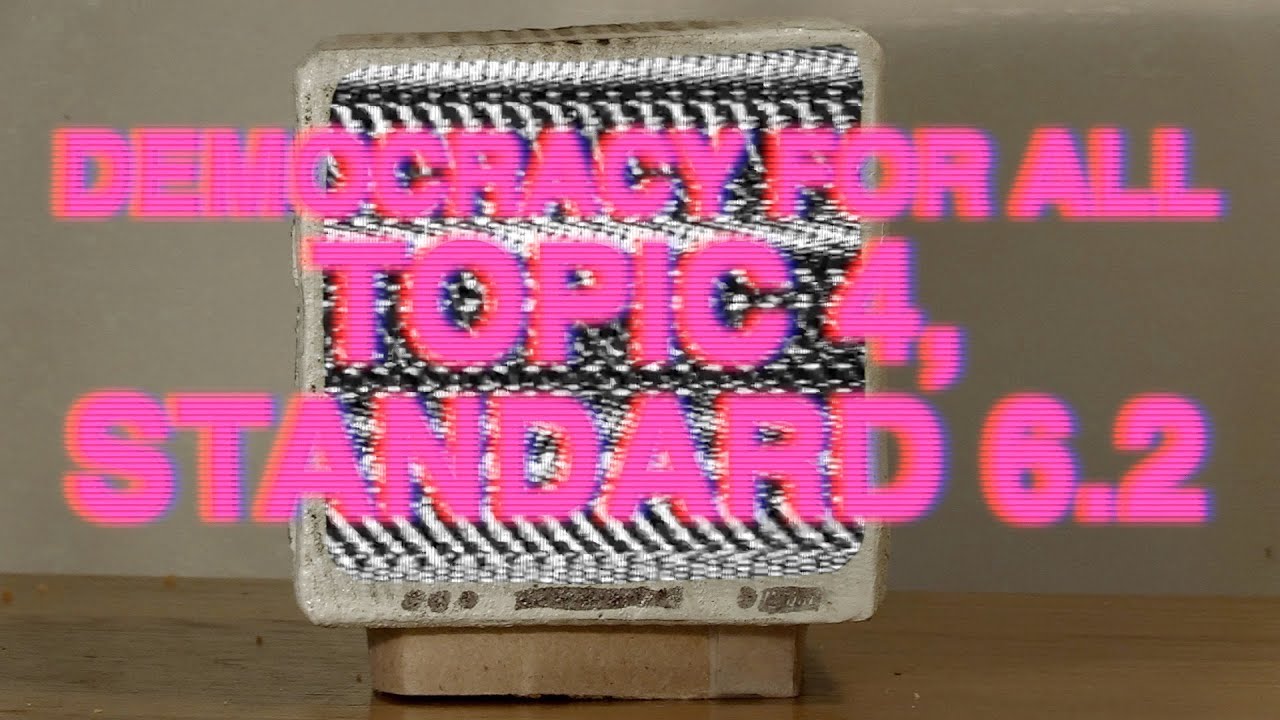 3. ENGAGE: Should the United States Adopt Public Financing of Elections?

Public financing of elections has been proposed as a system for limiting the influence of wealthy donors and dark money on candidates and the political process. In theory, publicly funded elections mean that candidates would not have to raise enormous amounts of money from wealthy contributors and special interests.

Public financing means that candidates receive government funds to help pay the costs of running for political office. One version of publicly financed elections is small donor matching funds. In this approach, people who give small amounts of money to political candidates would have those contributions matched by the government. Learn more: The Case for Small Donor Public Financing in New York.

There is more about the powerful role of money in politics in Topic 4.13 of this book.

In a democracy, free and fair elections require that voters have access to reliable and understandable information about candidates and issues. INVESTIGATE examined how persuasion, propaganda, and political language can be used to influence voters and determine elections. UNCOVER explored the history of presidential debates in American politics. ENGAGE asked whether there should be public financing of elections.