Introduction for EducatorsTable of ContentsUpdates & Latest AdditionsLearning Pathway: Black Lives MatterLearning Pathway: Influential WomenLearning Pathway: Student RightsLearning Pathway: Election 2020Learning Pathway: Current Events Learning Pathway: Media Literacy Teacher-Designed Learning PlansTopic 1. The Philosophical Foundations of the United States Political System1.1. The Government of Ancient Athens1.2. The Government of the Roman Republic1.3. Enlightenment Thinkers and Democratic Government1.4. British Influences on American Government1.5. Native American Influences on U.S. GovernmentTopic 2. The Development of the United States Government2.1. The Revolutionary Era and the Declaration of Independence2.2. The Articles of Confederation2.3. The Constitutional Convention2.4. Debates between Federalists and Anti-Federalists2.5. Articles of the Constitution and the Bill of RightsTopic 3. Institutions of United States Government3.1. Branches of the Government and the Separation of Powers3.2. Examine the Relationship of the Three Branches3.3. The Roles of the Congress, the President, and the Courts3.4. Elections and Nominations3.5. The Role of Political PartiesTopic 4. The Rights and Responsibilities of Citizens4.1. Becoming a Citizen4.2. Rights and Responsibilities of Citizens and Non-Citizens4.3. Civic, Political, and Private Life4.4. Fundamental Principles and Values of American Political and Civic Life4.5. Voting and Citizen Participation in the Political Process4.6. Election Information4.7. Leadership and the Qualities of Political Leaders4.8. Cooperation Between Individuals and Elected Leaders4.9. Public Service as a Career4.10. Liberty in Conflict with Equality or Authority4.11. Political Courage and Those Who Affirmed or Denied Democratic Ideals4.12. The Role of Political Protest4.13. Public and Private Interest Groups, PACs, and Labor UnionsTopic 5. The Constitution, Amendments, and Supreme Court Decisions5.1. The Necessary and Proper Clause5.2. Amendments to the Constitution5.3. Constitutional Issues Related to the Civil War, Federal Power, and Individual Civil Rights5.4. Civil Rights and Equal Protection for Race, Gender, and Disability5.5. Marbury v. Madison and the Principle of Judicial Review5.6. Significant Supreme Court DecisionsTopic 6. The Structure of Massachusetts State and Local Government6.1. Functions of State and National Government6.2. United States and Massachusetts Constitutions6.3. Enumerated and Implied Powers6.4. Core Documents: The Protection of Individual Rights6.5. 10th Amendment to the Constitution6.6. Additional Provisions of the Massachusetts Constitution6.7. Responsibilities of Federal, State and Local Government6.8. Leadership Structure of the Massachusetts Government6.9. Tax-Supported Facilities and Services6.10. Components of Local GovernmentTopic 7. Freedom of the Press and News/Media Literacy7.1. Freedom of the Press7.2. Competing Information in a Free Press7.3. Writing the News: Different Formats and Their Functions7.4. Digital News and Social Media7.5. Evaluating Print and Online Media7.6. Analyzing Editorials, Editorial Cartoons, or Op-Ed Commentaries
4.8

Cooperation Between Individuals and Elected Leaders

Explain the importance of individuals working cooperatively with their elected leaders. (Massachusetts Curriculum Framework for History and Social Studies) [8.T4.8]

FOCUS QUESTION: How can Everyday People Communicate Effectively With Their Political Leaders?

The idea that a single individual can contact their elected senator or representative to influence and change public policy is part of how many people think American government should work. The Constitution’s First Amendment includes the right “to petition the government for a redress of grievances.” The image of a highly motivated, civic-minded person making a difference (like the speaker in Norman Rockwell’s famous Freedom of Speech painting) is deeply ingrained in popular culture.

The reality of an individual citizen being able to contact elected leaders is quite different. Members of Congress receive enormous amounts of correspondence every day, particularly about hot-button political issues. In 2016, the Senate received more than 6.4 million letters. In 2017, New York Senator Chuck Schumer’s office reported receiving as many as 1.5 million phone calls a day. Much of this correspondence comes from advocacy groups engaging in mass communications.

Do elected leaders really listen to and respond to the everyday people who contact them or do people need other ways to make their voices heard by elected leaders? The modules for this topic examine both how citizens, young and old, can influence their elected representatives by engaging in movements for change.

Once Congress installed its first telephone switchboard in 1898, people started calling their elected representatives and they have not stopped since, observed Kathryn Schulz (2017) in The New Yorker magazine. In today’s world of social media and mass communication, people not only call, they write, email, tweet, fax, post on representative's social media pages, send videos, and otherwise try to influence their elected representatives. One group estimates that members of the Congress post more than 1300 times a day on Twitter, Facebook, and Instagram (How to Engage Members of Congress on Social Media, Quorum).

Most educators agree that learning how to contact one’s elected leaders is a core skill for citizens interested in expressing ideas and promoting change in our democratic society. There are many ways to do so, from writing letters to sending emails to meeting face-to-face. The Union of Concerned Scientists believes that phone communications are an effective way to contact and influence elected officials (How to Have a Productive Phone Call with Your Legislator's Office).

On August 28, 2019, 16-year-old Greta Thunberg, a Swedish activist, arrived in New York City to attend a United Nations summit on the climate crisis. She had sailed to the United States on a zero-carbon, solar-powered yacht, refusing to fly because airplanes use so much fossil fuel. She had risen to international prominence by starting a series of school strikes called Fridays for Future to raise awareness for the need for urgent action to save the planet. More than 100,000 schoolchildren have joined those strikes (Climate Change Activist Greta Thunberg, 16, Arrives in New York After Sailing Across the Atlantic).

Decades earlier, in 1960, six-year-old Ruby Bridges of New Orleans, Louisiana became the first African American student to integrate into a formerly all-white elementary school in the American South. Four federal marshals escorted her to class every day past crowds of White protestors.

She was the only student in her class - white families had withdrawn their children from the school. She ate lunch alone. Her teacher, Barbara Henry, originally from Boston, Massachusetts, sometimes played with her at recess. She never missed a day of school all year long. Her courageous actions were celebrated in Norman Rockwell’s famous 1963 painting “The Problem We All Live With.” Watch Freedom's Legacy, a video where Ruby Bridges reflects on her life and activism in 2019. 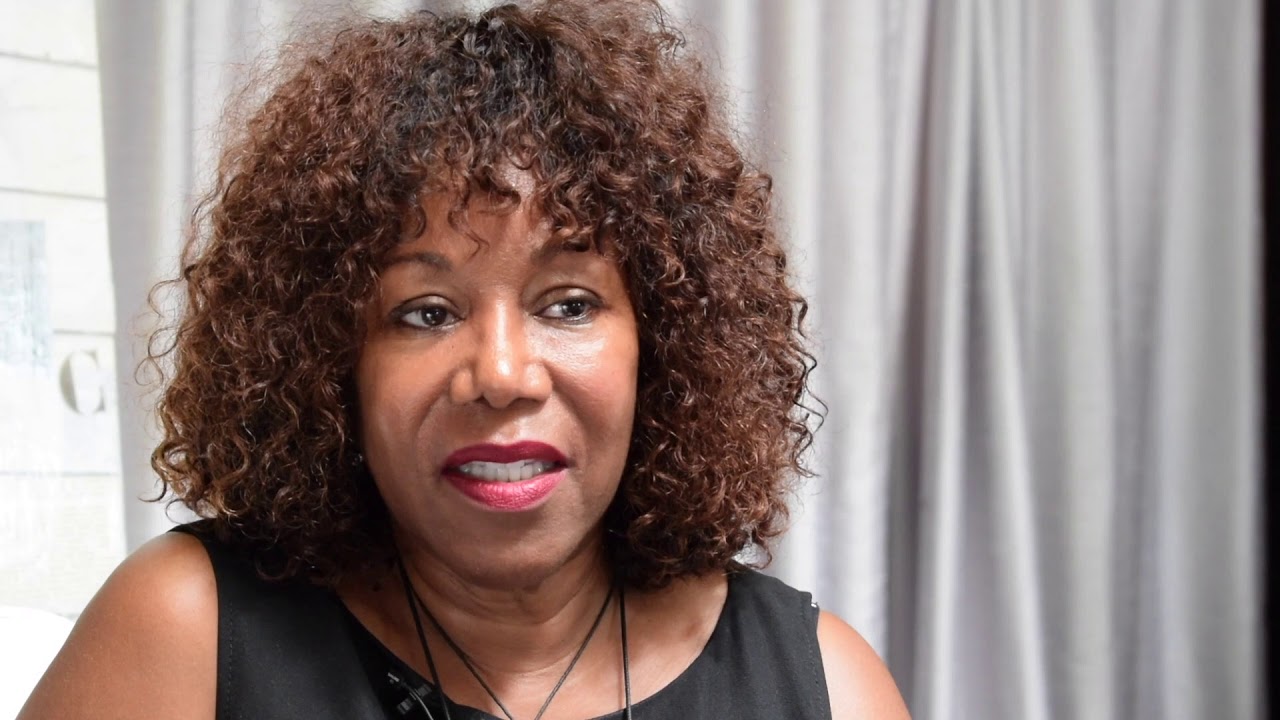 Greta Thunberg and Ruby Bridges are just two recent and prominent examples of young people taking bold and impactful steps to promote political change and social justice by seeking to influence elected officials. As Dawson Barrett, author of Teenage Rebels (2015) noted, activism by young people in this country has been going on for a long long time (The History of Student Activism in the United States). Here are just a few of many important, but less-well known examples:

There are many more occasions of youth activism and civic action throughout United States history, though most remain hidden histories and untold stories: the Lowell Mill Girls, the March of the Mill Children, the Newsboys Strike, the Little Rock Nine, the Birmingham Children’s Crusade, and more. All these occasions of youth activism demonstrate how young people (elementary, middle, high school, and college-age) can exercise power and agency in community and political life. Youth have the power to create change, sometimes individually or locally, and sometimes on national and international scales.

Social media is an important tool for advocacy and change. Political leaders use social media to connect to the public and advance their policy agendas. In this activity, students will explore how to use social media to engage community members around a topic of personal interest while also considering the following questions: What might be the upsides and downsides of online activism? How do individuals evaluate the impact of their activism through social media?

(click here to make your own copy of the choice board)

3. ENGAGE: Would You Join a Consumer Boycott or Buycott to Promote Change?

Given the difficulties of contacting members of Congress, many people consider consumer boycotts and buycotts to be more effective in promoting change than contacting elected representatives.

For example, a coffee drinker might decide to stop purchasing coffee from one store in protest over that store’s actions or policies (boycott) while also deciding to get coffee from only a fair trade store (buycott), even if it meant spending more time and/or money to do so.

Boycotts have a long and compelling history. Rosa Parks’ brave actions launched the Montgomery Bus Boycott in 1955; Cesar Chavez and the National Farm Workers organized a national grape boycott in the 1960s. In the 1980s, the United States and other nations in the world boycotted South Africa for its apartheid system of racial segregation. Boycotts by professional and collegiate sports teams helped in the 2017 repeal of a North Carolina law dictating that transgender people must use a particular bathroom.

In Brewing a Boycott, historian Allyson P. Brantley (2021) records the history of the Coors Beer Boycott of the 1970s and 1980s by a coalition of the Chicano union organizers, gay men and women, student activists, and environmentalists. This longstanding effort (also called a "Beercott") became the foundation for wider consumer campaigns and political protests. For those involved, notes Brantley, "the rejection of the beer (or other offending products) communicated broader political demands . . . against wealthy business owners and corporations engaged -- and invested in -- conservative causes."

In 2020, in the aftermath of the killing of George Floyd in 2020 and ongoing racist postings on social media by white supremacist groups, Civil rights organizations including the NAACP, Color of Change, and the Anti-Defamation League urged advertisers to boycott Facebook till the company adopts more stringent measures to block hate speech on the site (Civil Rights Organizations Want Advertisers to Dump Facebook). Beginning in late June, hundreds of major companies including Verizon, Ben & Jerry's, Patagonia, Starbucks and Coca-Cola announced they were pausing advertising on Facebook to protest hate speech and misinformation on the site.

To further extend the approach, commentator Eric Alterman (2020,p. 8) writing in The Nation, has suggested users boycott the ads on Facebook by refusing to click on them. Facebook's business model is based on getting users to visit advertisers' websites; the data generated by those visits enable companies to more precisely target potential customers, or in the case of politically-minded groups, potential followers.

Another boycott campaign is the #GrabYourWallet Alliance that focuses on getting people to stop doing business with companies associated with Donald Trump, his family or the Trump Organization. Companies including Papa John’s, Uber, United Airlines, Target, Starbucks, New Balance and Chick-Fil-a have faced recent consumer boycotts. In 2019, conservative groups called for a boycott of Dick’s Sporting Goods after the retailer decided to stop selling guns in many stores nationwide. GrabYourWallet added a listing of companies engaging in questionable business practices during the COVID-19 pandemic.

Meanwhile, buycotts may be emerging as an even more widely favored change strategy for citizen activists (Battle of the Wallets: The Changing Landscape of Consumer Activism). There is research that shows consumers are willing to pay the extra costs associated with not buying a product from one company if they perceive that company was engaged in misdeeds and exploitative behaviors (Hahn, 2018). Rewarding another company by only buying their products because that company is “doing the right thing” is an extension of this type of thinking.

Online Resources for Boycotts and Buycotts

The United States has a representative form of democracy. Citizens vote to decide who will represent them at every level of government. Once an election is over, however, voters typically find themselves far removed and unable to contact the individuals they elected to represent them. INVESTIGATE looked at strategies citizens can use to go about contacting Congress. UNCOVER explored modern day and historical examples of youth activism for change. ENGAGE asked whether consumer boycotts and buycotts are an effective way for people to express their preferences for goods, services, and social and economic change.