CoverIntroductionTable of Contents with Critical Media Literacy ConnectionsUpdates & Latest AdditionsLearning Pathway: Racial Justice and Black Lives MatterLearning Pathway: Influential WomenLearning Pathway: Student RightsLearning Pathway: Elections 2024, 2022, & 2020Learning Pathway: Current Events Learning Pathway: Critical Media LiteracyTeacher-Designed Learning PlansTopic 1. The Philosophical Foundations of the United States Political System1.1. The Government of Ancient Athens1.2. The Government of the Roman Republic1.3. Enlightenment Thinkers and Democratic Government1.4. British Influences on American Government1.5. Native American Influences on U.S. GovernmentTopic 2. The Development of the United States Government2.1. The Revolutionary Era and the Declaration of Independence2.2. The Articles of Confederation2.3. The Constitutional Convention2.4. Debates between Federalists and Anti-Federalists2.5. Articles of the Constitution and the Bill of RightsTopic 3. Institutions of United States Government3.1. Branches of the Government and the Separation of Powers3.2. Checks and Balances Between the Branches of Government3.3. The Roles of the Congress, the President, and the Courts3.4. Elections and Nominations3.5. The Role of Political PartiesTopic 4. The Rights and Responsibilities of Citizens4.1. Becoming a Citizen4.2. Rights and Responsibilities of Citizens and Non-Citizens4.3. Civic, Political, and Private Life4.4. Fundamental Principles and Values of American Political and Civic Life4.5. Voting and Citizen Participation in the Political Process4.6. Election Information4.7. Leadership and the Qualities of Political Leaders4.8. Cooperation Between Individuals and Elected Leaders4.9. Public Service as a Career4.10. Liberty in Conflict with Equality or Authority4.11. Political Courage and Those Who Affirmed or Denied Democratic Ideals4.12. The Role of Political Protest4.13. Public and Private Interest Groups, PACs, and Labor UnionsTopic 5. The Constitution, Amendments, and Supreme Court Decisions5.1. The Necessary and Proper Clause5.2. Amendments to the Constitution5.3. Constitutional Issues Related to the Civil War, Federal Power, and Individual Civil Rights5.4. Civil Rights and Equal Protection for Race, Gender, and Disability5.5. Marbury v. Madison and the Principle of Judicial Review5.6. Significant Supreme Court DecisionsTopic 6. The Structure of Massachusetts State and Local Government6.1. Functions of State and National Government6.2. United States and Massachusetts Constitutions6.3. Enumerated and Implied Powers6.4. Core Documents: The Protection of Individual Rights6.5. 10th Amendment to the Constitution6.6. Additional Provisions of the Massachusetts Constitution6.7. Responsibilities of Federal, State and Local Government6.8. Leadership Structure of the Massachusetts Government6.9. Tax-Supported Facilities and Services6.10. Components of Local GovernmentTopic 7. Freedom of the Press and News/Media Literacy7.1. Freedom of the Press7.2. Competing Information in a Free Press7.3. Writing the News: Different Formats and Their Functions7.4. Digital News and Social Media7.5. Evaluating Print and Online Media7.6. Analyzing Editorials, Editorial Cartoons, or Op-Ed CommentariesGlossaryIndex of Terms
4.10

Liberty in Conflict with Equality or Authority

Standard 4.10: Liberty in Conflict with Equality or Authority

FOCUS QUESTION: When Were Times That American Realities Conflicted with American Ideals?

Tensions between equality and authority, individual rights and the common good, and majority rule and minority rights have marked every period of United States history and they persist in politics and society today.

The nation’s founding documents set forth the ideals of “life, liberty, and the pursuit of happiness” (a phrase from the Declaration of Independence). The Pledge of Allegiance declares there is “liberty and justice for all.” But political, social, and economic realities for women, people of color, LGBTQIA individuals, workers and other disenfranchised minority groups have not matched American ideals.

Epic struggles have been fought to realize the rights and protections guaranteed to everyone under the Constitution. Watch The real story of Rosa Parks -- and why we need to confront myths about Black history to uncover why it is essential that the true history of these struggles become part of every student's education. 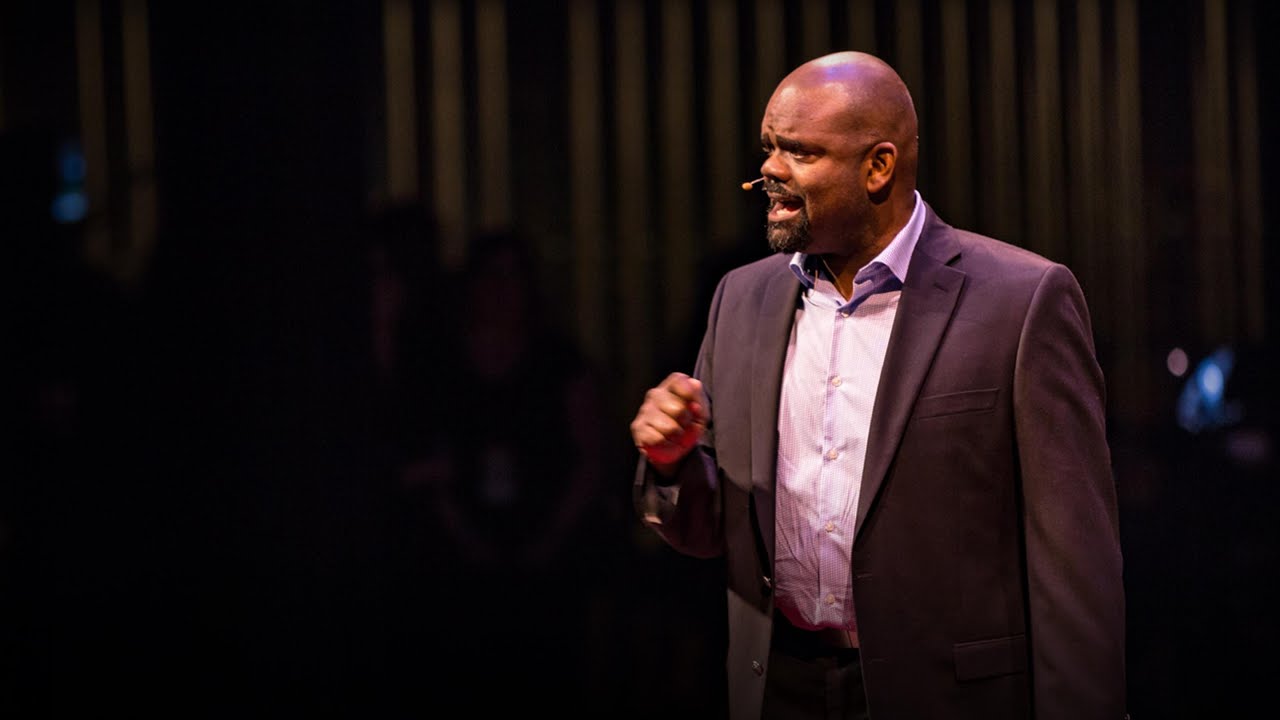 At the center of the conflicts outlined in this Standard 4.10 is the interplay between majority rule and minority rights.  This concept is central to democracy—here and around the world. In theory, through open elections and the political process, the majority decides what policies and practices will become law while minority groups with alternative viewpoints and proposals are protected as they seek to create new majorities for their ideas. As Thomas Jefferson said during his First Inaugural Address, "All. . . will bear in mind this sacred principle, that though the will of the majority is in all cases to prevail, that will to be rightful must be reasonable; that the minority possess their equal rights, which equal law must protect and to violate would be oppression" (as quoted in Majority Rule and Minority Rights, para. 1).

How have the tensions between majority rule and minority rights been expressed in United States history? The modules in this standard explore that question in the context in the civil rights movements of African Americans, women, LGBTQIA individuals, and workers as well as in the nation's foreign policy and current struggles of transgender students rights in schools.

Civil Rights are the freedoms guaranteed to every American under the Constitution and the Bill of Rights. They are rights that protect individuals “against unfair treatment based on certain personal characteristics like race, gender, age, or disability” (Longley, 2019, para. 1).

Throughout our history, individuals and groups who have not had those rights have organized to gain them. African Americans, Latinos/Latinas, Native Americans, Asian/Pacific Islanders, women, workers, disabled individuals, and LGBTQIA people have struggled and fought for their liberties and freedoms as citizens of the United States.

Exploring civil rights movements provides insights into how people have created change in government, law, and society. Watch The Civil Rights Mixtape from the Student News Network for an historical overview of African American struggles for freedom and justice.

2. UNCOVER: Queen Liliuokalani and the American Annexation of Hawaii

On January 17, 1893, Queen Liliuokalani, the ruler of Hawaii, was overthrown by an American-backed group of businessmen and sugar planters (Hawaiian Monarchy Overthrown by America-Backed Businessmen). Historians have concluded that the interests of the Dole Food Company and the growing global Pineapple trade played a key role in the annexation. The resourcesforhistoryteachers wiki page, Annexation of Hawaii, provides more on connections between the Dole Food Company, pineapples, and American Foreign Policy. 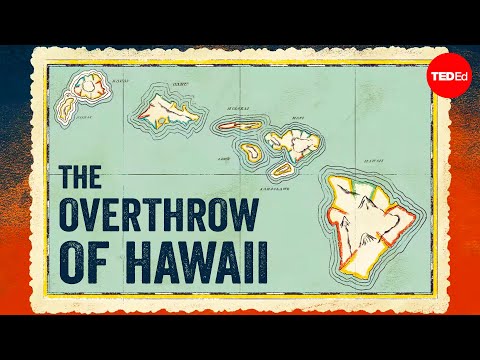 Prior to the overthrow, the islands had only been unified as the Kingdom of Hawaii since 1795 (Europeans first arrived there in 1778). Liliuokalani was the last monarch.

Annexation became a contested political issue during the 1890s. Business interests favored it, seeing Hawaii as a strategic location for trade with Asia as well as the opportunity to further develop the islands profitable sugar cane production. Some opponents viewed annexation as a violation of American principles while others worried about giving non-White people -- native Hawaiians and Chinese and Japanese immigrants living on the islands -- a pathway to U.S. citiizenship (for more, see Annexation of Hawaii from the Bill of Rights Institute).

Hawaii was formally annexed in 1898 during the Spanish-American War. It became an American territory in 1900 and eventually the nation’s 50th state on August 21, 1959.

The annexation of Hawaii launched an era of expansion and imperialism that many historians refer to as an American empire (Immerwahr, 2019; Hoganson, 2017). The U.S. acquired the Philippines, Puerto Rico, and Guam in 1898 at the end of the Spanish-American War. This resulted in the Philippine-American War of 1898-1900, a bloody struggle that cost the lives of 4,200 American and 20,000 Filipino fighters along with some 200,000 civilian deaths. Samoa was annexed in 1899. The Virgin Islands were acquired in 1917.

Hawaiian annexation brought the nation’s commitment to liberty, freedom, and individual rights into conflict with its desire for international expansion and economic gain, a pattern that has been evident throughout United States history. In a sweeping study, The United States of War, historian David Vine (2020) states that from its beginnings, the US has engaged in nearly continuous series of military interventions and conflicts around the globe that has produced not only a collection of territories, but some 750 military installations in other countries -- what he calls an "empire of bases" that has "actually made aggressive and offensive war more likely" (Vine, 2020, p. 13).

In recent years, America's involvements abroad include military missions in Afghanistan, Iraq, and Syria as well as conflicts in Chad, Kenya, Mali, Niger, Nigeria, Somalia, and South Sudan. One reviewer of Vine's book concludes that there have been only two years in the past seven and half decades --1977 and 1979--when the United States was not invading or fighting in some foreign country (quoted in "Fort Everywhere," Daniel Immerwahr, The Nation, December 14.21, 2020, p. 34). Vine (2020, p. xxii) states "the total effects of the post-2001 wars have been so disastrous that words can't capture the calamity." Death, destruction, economic and social collapse abroad and at home, the expenditure of more than $70 billion every year that could have gone instead to improving health care, education, and the environment for all Americans.

Online Resources for the Annexation of Hawaii

3. ENGAGE: What are Transgender and Nonbinary Students' Rights at School?

Transgender and nonbinary are terms for individuals whose “gender identity differs from the sex they were assigned at birth” (Transgender FAQ, n.d., para. 1). Transgender people may also refer to themselves as “non-binary” or “gender non-conforming.”

A 2018 study by the Centers for Disease Control and Prevention as well as 2019 survey data from 15 states found that nearly 2% of high school students identify as transgender. These studies also found that transgender students face widespread prejudice and discrimination in school and society - transgender students are twice as likely as cisgender students to be bullied; one in three did not go to school at least once because they felt unsafe; and alarmingly high numbers have considered (45%) or attempted suicide (29%) in the past year (Brookings, September 13, 2021).

The rights of transgender and gender non-conforming people is a complex and contested issue, with laws varying greatly from state to state. The Transgender Law Center has an interactive online map showing LGBTQ equality by state (including sexual orientation and gender identity by state). The map shows the number of laws and policies that promote equality for LGBTQ people in each state.

The story at the federal level is similarly complex. Title VII of the Civil Rights Act of 1964 bares employers with 15 or more employees from discriminating on the basis of sex (Know Your LGBTQ Rights, American Civil Liberties Union). There is no federal law prohibiting discrimination based on sex, gender, or sexual orientation in public accommodations (Know Your Rights: Public Accommodations). Minnesota was the first state to bar gender-based discrimination at the state level in 1993, and in 2009, President Obama issued an executive order baring gender discrimination in hiring within the federal government's executive branch. Since 2016, however, despite growing public opinion support for LGBTQ rights, the Trump Administration has sought to curtail rights for transgender Americans.

Transgender refers to "people whose gender identity differs from the sex they were assigned at birth" (GLADD Media Reference Guide: Transgender, para. 5).

Nearly 2% of high school students in the U.S. identify as transgender, and more than one-third of them attempt suicide (The Washington Post, January 24, 2019). Discrimination based on gender identity is prohibited in schools, yet many LGBTQ+ students face bullying, harassment, and feel unsafe in classrooms and corridors (Education in a Pandemic, U.S. Department of Education, Office of Civil Rights, 2021).

What role might the media play in influencing how transgender students are treated by others?

In the following activities, you will analyze transgender representation in television and movies and then create a transgender character who accurately reflects the realities of gender identity and gender expression in today's society.

This standard has focused on times in United States history—and during the present day—when individuals and groups struggled to overcome oppression to gain the freedoms they need to be full participants in a democratic society. INVESTIGATE explored movements for civil rights by African Americans, Latinos, women, workers, and LGBTQ people. UNCOVER examined the gaps between American ideals and realities in American foreign policy using a case study of the 1893 Annexation of Hawaii when the islands’ monarch Queen Liliuokalani was overthrown by the United States, an action for which Congress formally apologized a century later. ENGAGE asked what are the rights of transgender students in K-12 schools.