Introduction for EducatorsTable of ContentsUpdates & Latest AdditionsLearning Pathway: Black Lives MatterLearning Pathway: Influential WomenLearning Pathway: Student RightsLearning Pathway: Election 2020Learning Pathway: Current Events Learning Pathway: Media Literacy Teacher-Designed Learning PlansTopic 1. The Philosophical Foundations of the United States Political System1.1. The Government of Ancient Athens1.2. The Government of the Roman Republic1.3. Enlightenment Thinkers and Democratic Government1.4. British Influences on American Government1.5. Native American Influences on American GovernmentTopic 2. The Development of the United States Government2.1. The Revolutionary Era and the Declaration of Independence2.2. The Articles of Confederation2.3. The Constitutional Convention2.4. Debates between Federalists and Anti-Federalists2.5. Articles of the Constitution and the Bill of RightsTopic 3. Institutions of United States Government3.1. Branches of the Government and the Separation of Powers3.2. Examine the Relationship of the Three Branches3.3. The Roles of the Congress, the President, and the Courts3.4. Elections and Nominations3.5. The Role of Political PartiesTopic 4. The Rights and Responsibilities of Citizens4.1. Becoming a Citizen4.2. Rights and Responsibilities of Citizens and Non-Citizens4.3. Civic, Political, and Private Life4.4. Fundamental Principles and Values of American Political and Civic Life4.5. Voting and Citizen Participation in the Political Process4.6. Election Information4.7. Leadership and the Qualities of Political Leaders4.8. Cooperation Between Individuals and Elected Leaders4.9. Public Service as a Career4.10. Liberty in Conflict with Equality or Authority4.11. Political Courage and Those Who Affirmed or Denied Democratic Ideals4.12. The Role of Political Protest4.13. Public and Private Interest Groups, PACs, and Labor UnionsTopic 5. The Constitution, Amendments, and Supreme Court Decisions5.1. The Necessary and Proper Clause5.2. Amendments to the Constitution5.3. Constitutional Issues Related to the Civil War, Federal Power, and Individual Civil Rights5.4. Civil Rights and Equal Protection for Race, Gender, and Disability5.5. Marbury v. Madison and the Principle of Judicial Review5.6. Significant Supreme Court DecisionsTopic 6. The Structure of Massachusetts State and Local Government6.1. Functions of State and National Government6.2. United States and Massachusetts Constitutions6.3. Enumerated and Implied Powers6.4. Core Documents: The Protection of Individual Rights6.5. 10th Amendment to the Constitution6.6. Additional Provisions of the Massachusetts Constitution6.7. Responsibilities of Federal, State and Local Government6.8. Leadership Structure of the Massachusetts Government6.9. Tax-Supported Facilities and Services6.10. Components of Local GovernmentTopic 7. Freedom of the Press and News/Media Literacy7.1. Freedom of the Press7.2. Competing Information in a Free Press7.3. Writing the News: Different Formats and Their Functions7.4. Digital News and Social Media7.5. Evaluating Print and Online Media7.6. Analyzing Editorials, Editorial Cartoons, or Op-Ed Commentaries
2.5

Articles of the Constitution and the Bill of Rights

Standard 2.5:  Articles of the Constitution and the Bill of Rights

FOCUS QUESTION: What are the Articles of the Constitution and What Rights are in the Bill of Rights?

The Constitution establishes the legal and structural framework of the United States government. Written in secret, behind closed doors guarded by sentries, during the Constitutional Convention in Philadelphia in 1787, it is the oldest and shortest of all the world’s national constitutions. It was originally 4,543 words, including signatures; now with its 27 amendments, it is 7,591 words in length (Constitution of the United States: Fascinating Facts about the U.S. Constitution).

By 1777, ten states had drafted and adopted their own constitutions. These constitutions stressed the rights of individuals including freedom of religion, a lack of property requirements to vote, and power of government derived from the people. Concerns over the power of the new government and the desire to ensure and protect the rights of individuals led to the inclusion of the Bill of Rights, the Constitution’s first 10 amendments.

How did African Americans and other people of color seek to acquire the rights guaranteed to all citizens by the Constitution? This topic's modules explore this question by examining the articles of the Constitution and the text of the Bill of Rights, the impact of W.E.B. Du Bois and the NAACP, and considering what might be the nation's most influential multicultural documents.

1.INVESTIGATE: The Articles of the Constitution and the Many Bills of Rights in United States History

The Constitution of the United States has a Preamble and seven articles:

The Interactive Constitution website from the National Constitution Center has videos, podcasts, and blog posts for exploring and understanding every major clause and amendment. A section of the site called the Drafting Table shows drafts of documents, how they changed, and offers ideas about why. It is a place where students can see how people on OPPOSITE sides can come together to AGREE about a description of a document, what it means, and AGREEMENT is an amazing place to start!

Other resources for you include Constitute: The World's Constitutions to Read, Search and Compare includes 202 national constitutions worldwide and the Daily Bellringer YouTube Channel that features videos explaining Articles 1-10 of the U.S. Constitution. 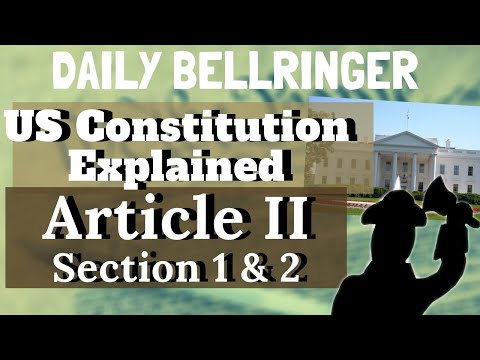 Constitution Writing Around the Globe

"Laws govern people; constitutions govern governments," noted historian Jill Lepore (2021, p. 75).  Prior constitutions (i.e., Hammurabi's Code, the Magna Carta), Lepore continued, were hardly read by anyone, in part because so few people could read. The printing press, newspapers, and growing literacy among people meant that the United States constitution became part of how Americans understood their system of government.

The writing of a constitution, as historian Linda Colley shows in her book The Gun, the Ship, and the Pen (2021), was a momentously revolutionary development in global history. For most of human history, rulers (kings, emperors, warlords) ruled without any written limits on their powers. The American Revolution, the ideals set forth in the Declaration of Independence, and framework of government established at the Constitutional Convention set forth a era of constitution-writing across the globe.

Three forces, in Colley's view, propelled the constitution writing process across the globe: 1) the Gun, where it led to the breakdown of existing regimes; 2) the Ship, which made possible the sharing of democratic ideas across the world; and 3) the Pen, which along with a rise in literacy, enabled writers to share new ways of thinking with increasingly larger numbers of people. Yet, constitutions do not always support democracy or expand rights and liberties for all people. The U.S. Constitution and those of many 19th century state constitutions, for example, denied rights to enslaved people and members of indigenous tribes as well as women (Lepore, 2021). Indeed, the struggle to realize the ideals of democracy set forth in the U.S. Constitution continues today.

The first ten amendments to the U. S. Constitution—the Bill of Rights—set forth the rights and freedoms of citizens living in the United States.

The first 10 Amendments of the Bill of Rights are:

The national Bill of Rights has inspired numerous other bills of rights related to economic life, education, health care, shopping and buying, voting and more:

These Bills of Rights outline the protections that every member of a free and democratic society should expect to have in their life. Nevertheless, rights are subject to interpretation. Individual rights (life, liberty, property) and social and economic rights (health care, education, housing) have different meanings for different people and political parties. Conservative political groups and Republicans tend to define rights as individual rights while progressive and liberal groups and Democrats tend to expand individual rights to include social and economic rights (for example, Franklin Roosevelt’s Second Bill of Rights).

In this video, Vermont Senator Bernie Sanders Calls for a 21st Century Bill of Rights:

The first 10 amendments to the Constitution known as the Bill of Rights consists of 472 words. It was signed on September 28, 1789. Here is the full text read aloud.

When the Bill of Rights were drafted there were no systems of mass communication - no social media, no television, no streaming services. But what if Twitter had been around at that time? Today, about one in five adults use Twitter, sending some 500 million tweets each day (Twitter by the Numbers, Omnicore, January 6, 2021). How would you have helped James Madison and the other members of Congress spread the word about the Bill of Rights on Twitter?

Online Resources for the Constitution

Online Resources for Bills of Rights in United States History

2.UNCOVER: W.E.B. Du Bois, the Niagara Movement, and the History of the NAACP

Born in 1868 and raised in Great Barrington, Massachusetts, W.E.B. DuBois was an immensely influential African American educator, writer, activist, and scholar. He was born just before the passage of the 14th Amendment and he lived nearly a century until just one day before the 1963 March on Washington for Jobs and Freedom.

Du Bois was one of the founders of the NAACP (National Association for the Advancement of Colored People) in 1909. His 1935 historical study, Black Reconstruction in America, placed “the struggles and triumphs of African Americans at the center of the Reconstruction story” (Gates, 2019, p. 255). His book, The Souls of Black Folks, sold nearly 20,000 copies between 1903 and 1940. The book contains the famous phrase, “the problem of the Twentieth Century is the problem of the color-line.”

Du Bois was also the founding editor of The Crisis, the official magazine of the NAACP. The first issue appeared in November, 1910.

The Niagara Movement (founded by W.E.B. Du Bois and William Trotter in 1905) and the NAACP were political organizations formed to oppose racial segregation and political disenfranchisement of African Americans and to realize the goals of equality for African Americans. In The Niagara Movement's Declaration of Principles (1905), Du Bois declared: "We want full manhood suffrage and we want it now... We are men! We want to be treated as men. And we shall win."

The NAACP set forth a belief in using nonviolent protests and legal actions as the most effective way to achieve full and equal rights for African Americans. In the 1950s and 1960s, civil rights leader Dr. Martin Luther King, Jr. lead the practice of nonviolent resistance against segregation and discrimination faced by African Americans in the United States.

Online Resources for W.E.B. DuBois and the NAACP

3.ENGAGE: What Are the Most Influential Documents in America’s Multicultural History?

In 2003, the National Archives, in conjunction with National History Day and U.S. News & World Report magazine, conducted a People’s Vote to determine the most influential documents in United States history. Some 39,000 people voted, online and by paper ballot. Based on the results, the documents were ranked from 1 to 100. The Declaration of Independence was first, followed by the Constitution, the Bill of Rights, the Louisiana Purchase Treaty, and the Emancipation Proclamation. Here is the entire list: The Results of the People's Vote: The Most Influential Documents in American History.

Would the list and the vote have been different if people had been asked to choose America’s most influential multicultural documents? Multicultural documents are those speeches, laws, books, declarations, and other sources that positively impact and feature the lives and freedoms of African Americans, Native Americans, women, Latinos, LBGTQ individuals, and other ostracized groups.Suggested Learning Activities

The Constitution established the structure of United States Government; the Bill of Rights set forth the freedoms the Constitution guaranteed to the American people. INVESTIGATE identified the Articles of the Constitution and the many other Bills of Rights that have evolved from the original ten amendments. UNCOVER discussed the African American civil rights pioneer W.E.B. Du Bois, the Niagara Movement, and the history of the NAACP (National Association for the Advancement of Colored People). ENGAGE asked what are the most influential multicultural documents in U.S. History.