CoverIntroductionTable of Contents with Critical Media Literacy ConnectionsUpdates & Latest AdditionsLearning Pathway: Racial Justice and Black Lives MatterLearning Pathway: Influential WomenLearning Pathway: Student RightsLearning Pathway: Elections 2024, 2022, & 2020Learning Pathway: Current Events Learning Pathway: Critical Media LiteracyTeacher-Designed Learning PlansTopic 1. The Philosophical Foundations of the United States Political System1.1. The Government of Ancient Athens1.2. The Government of the Roman Republic1.3. Enlightenment Thinkers and Democratic Government1.4. British Influences on American Government1.5. Native American Influences on U.S. GovernmentTopic 2. The Development of the United States Government2.1. The Revolutionary Era and the Declaration of Independence2.2. The Articles of Confederation2.3. The Constitutional Convention2.4. Debates between Federalists and Anti-Federalists2.5. Articles of the Constitution and the Bill of RightsTopic 3. Institutions of United States Government3.1. Branches of the Government and the Separation of Powers3.2. Checks and Balances Between the Branches of Government3.3. The Roles of the Congress, the President, and the Courts3.4. Elections and Nominations3.5. The Role of Political PartiesTopic 4. The Rights and Responsibilities of Citizens4.1. Becoming a Citizen4.2. Rights and Responsibilities of Citizens and Non-Citizens4.3. Civic, Political, and Private Life4.4. Fundamental Principles and Values of American Political and Civic Life4.5. Voting and Citizen Participation in the Political Process4.6. Election Information4.7. Leadership and the Qualities of Political Leaders4.8. Cooperation Between Individuals and Elected Leaders4.9. Public Service as a Career4.10. Liberty in Conflict with Equality or Authority4.11. Political Courage and Those Who Affirmed or Denied Democratic Ideals4.12. The Role of Political Protest4.13. Public and Private Interest Groups, PACs, and Labor UnionsTopic 5. The Constitution, Amendments, and Supreme Court Decisions5.1. The Necessary and Proper Clause5.2. Amendments to the Constitution5.3. Constitutional Issues Related to the Civil War, Federal Power, and Individual Civil Rights5.4. Civil Rights and Equal Protection for Race, Gender, and Disability5.5. Marbury v. Madison and the Principle of Judicial Review5.6. Significant Supreme Court DecisionsTopic 6. The Structure of Massachusetts State and Local Government6.1. Functions of State and National Government6.2. United States and Massachusetts Constitutions6.3. Enumerated and Implied Powers6.4. Core Documents: The Protection of Individual Rights6.5. 10th Amendment to the Constitution6.6. Additional Provisions of the Massachusetts Constitution6.7. Responsibilities of Federal, State and Local Government6.8. Leadership Structure of the Massachusetts Government6.9. Tax-Supported Facilities and Services6.10. Components of Local GovernmentTopic 7. Freedom of the Press and News/Media Literacy7.1. Freedom of the Press7.2. Competing Information in a Free Press7.3. Writing the News: Different Formats and Their Functions7.4. Digital News and Social Media7.5. Evaluating Print and Online Media7.6. Analyzing Editorials, Editorial Cartoons, or Op-Ed CommentariesGlossaryIndex of Terms
6.2

Describe the provisions of the United States Constitution and the Massachusetts Constitution that define and distribute powers and authority of the federal and state government. (Massachusetts Curriculum Framework for History and Social Studies) [8.T6.2]

FOCUS QUESTION: How Does a Constitution Organize Government for People?

A constitution sets forth “the basic principles of the state, the structures and processes of government and the fundamental rights of citizens” (What is a Constitution? Principles and Concepts, International Institute for Democracy and Electoral Assistance, August 2014, p.1). Standard 6.2 explores the nature and structure of the United States (1788) and Massachusetts constitutions (1780), two of the oldest governing documents in the world.

Topic 2.5 of this book provides background on the writing of the United States Constitution and the Bill of Rights.

Topic 6.6 offers a comparison between the federal and Massachusetts state constitution.

1. INVESTIGATE: Powers and Restrictions on Powers of the Government

For a government to act, it must have the power to do so. A power is a legal right to take an action.

By contrast, state and local governments have the power to provide education for its citizens.

The powers and restrictions on powers of federal and state governments are listed below.

Media Literacy Connections: A Constitution for the Internet

The Internet has no constitution and the laws about its use and rights of people using it are still being debated and defined, country by country, state by state.

In these activities, you have the opportunity to create a constitution and bill of rights for the Internet: 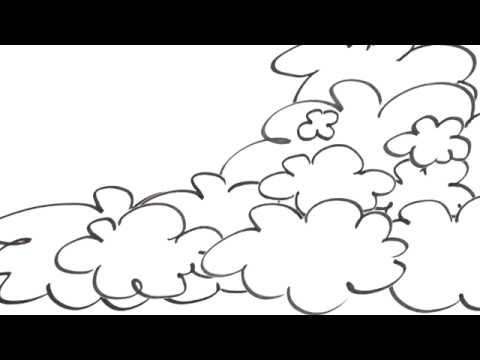 Online Resources for the Powers of Governments

2. UNCOVER: Elizabeth Freeman (Mum Bett) and The Abolition of Slavery in Massachusetts

In 1641, Massachusetts became the first slave-holding colony in New England when Governor John Winthrop—himself an owner of American Indian slaves—helped write the Massachusetts Body of Liberties, a document that included the statement: “There shall never be any bond slaverie, villinage or Captivitie amongst us unles it be lawfull Captives taken in just warres, and such strangers as willingly selle themselves or are sold to us." Winthrop is often hailed in history textbooks for his “City on a Hill Sermon” (1630), a statement of American exceptionalism and how America would be different and better than previous civilizations.

The first slaves arrived in Massachusetts on February 26, 1638 and slavery continued to exist in New England throughout the colonial period. Slaves accounted for as much as 30% of the population in South Kingston, Rhode Island, and were a significant presence in Boston (10%), New London (9%), and New York (7.2%). It is estimated that there was one African for every white family in Rhode Island, Connecticut, and Massachusetts.

Many New England merchants, including Peter Faneuil (who gave Faneuil Hall to Boston) made their fortunes through the slave trade (Slaves in New England, Medford Historical Society & Museum, 2019 and Peter Faneuil and Slavery, National Park Service, 2017).

Most slaves in Massachusetts were house servants of wealthy families, although some did work as field hands. Despite citizens’ growing opposition, slavery continued in Massachusetts until the 1780s when a series of court cases led to its end. The Massachusetts state constitution was used in a 1781 Berkshire County court case, Brom and Bett v. Ashley. That case was brought forth by a woman called Mum Bett (Elizabeth Freeman) who became the first enslaved African to be freed under the Massachusetts Constitution that included the phrase “all men are born free and equal.”

Historians suggest that Mum Bett may have been inspired to pursue freedom from slavery after overhearing a group of men (including her owner John Ashley and her future attorney Theodore Sedgwick) writing the Sheffield Resolves, a precursor to the Declaration of Independence’s claim at all people are free. W.E.B. Du Bois was one of Mum Bett’s great-grandchildren, born in Great Barrington, the town where Mum Bett’s court case was heard.

The outlawing of slavery statewide followed from the Quock Walker Case - a series of three cases in which the chief justice of the state’s Supreme Court declared slavery was unconstitutional under the Massachusetts State Constitution. Learn more: Massachusetts Constitution and the Abolition of Slavery.

3. ENGAGE: Should the Government Pay Slavery Reparations for African Americans?

Reparations for slavery is the idea that African Americans are owed compensation for the more than three centuries (1619 to 2019) of enslavement, discrimination, and prejudice they have had to face in the United States. This legacy of slavery and second-class citizenship explains in part why African Americans today have higher infant mortality rates, lower life expectancies, higher rates of unemployment, lower incomes, and higher rates of imprisonment (Reparations for Slavery? Constitutional Rights Foundation).

A constitution is the law of a state or a nation. Throughout American history, the Massachusetts state constitution has led change in the laws of other states and the nation itself. INVESTIGATE identified constitutional powers and restrictions on powers - what state and national government can and cannot do. UNCOVER detailed the case of Elizabeth Freeman (Mum Bett) and the abolition of slavery in Massachusetts. ENGAGE asked whether state or national government should pay slavery reparations to Black Americans.